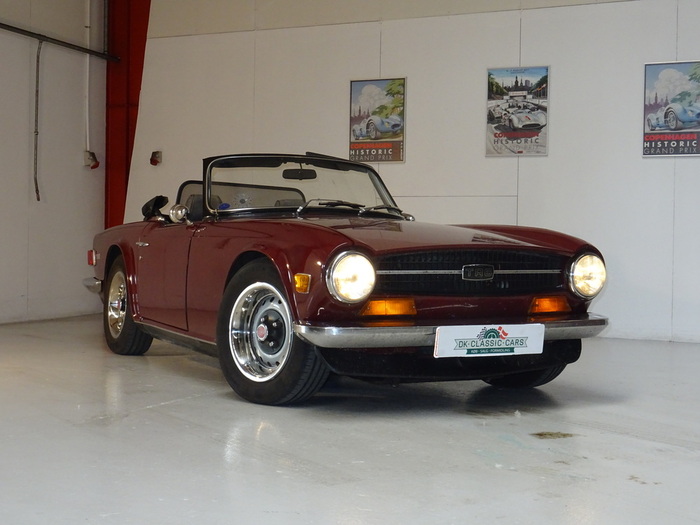 Wonderful original 1971 Triumph TR6 with the factory 2.5-liter engine and 4-speed manual transmission. The car presents very well both cosmetically and mechanically. No signs of prior accidents rust repair or damage to the car. The car has an upgrade ignition and exhaust system and starts drives and stop as it should, a car that can be enjoyed as is for many years to come. Several spare parts, including extra windshield, valve cover, and luggage rack is included in the sales. The car was imported into Denmark in 1991 and have had 2-previous Danish owners. The last Danish owner has had the car since July 2008. The car has a Danish title and registration.