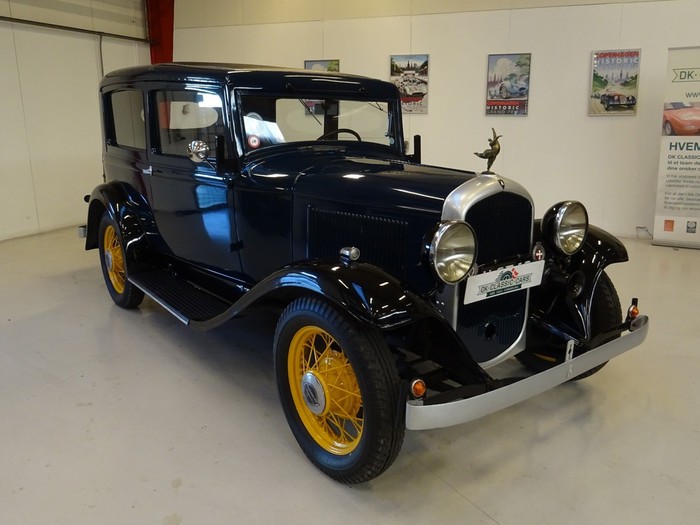 Absolutely gorgeous fully-restored Plymouth PA in great mechanical and cosmetic condition and with only 62,771 kilometers in the odometer. The car retains its original 3.2-liter four-cylinder engine producing 56 bhp. The car was imported from the USA and underwent a full restoration, including an engine rebuild, 7 years ago. The car has only been driven about 2,000 kilometers after the restoration. Full service and inspection completed in-house and the car is ready to be enjoyed as-is for many years to come. The car has a Danish title and registration and is coming out of long-term Danish ownership.

History of the Plymouth PA:

The Plymouth PA was a 1932 model; the first car was built on May 1, 1931. The PA would be the last model without any model year identification and would be followed in April by the 1933 PB. The formal nationwide announcement of the PA took place on July 11, 1931. Unusual features on the PA (also found on the 30U) were a fuel pump, replacing the vacuum tank; using hydraulic, rather than friction-based, shock absorbers (dampers); and using electric gasoline gauge. PA added its own features, including a revolutionary engine mounting for a smoother ride, and an automatic spark advance.

The 3.2-liter four-cylinder produced 56 horsepower at 2,800 RPM. Power was transmitted through a dry plate clutch to a semi-floating spiral bevel rear axle with a 4.33 to 1 ratio. An automatic spark advance system debuted, with a vacuum controlled spark retarder taking over at idle speeds (required when the car was driven in the freewheeling mode). The high-turbulence “Silver Dome” cylinder head, the little four-cylinder engine would propel the PA from 0 to 40 miles per hour in just 9.7 seconds, according to factory brochures.