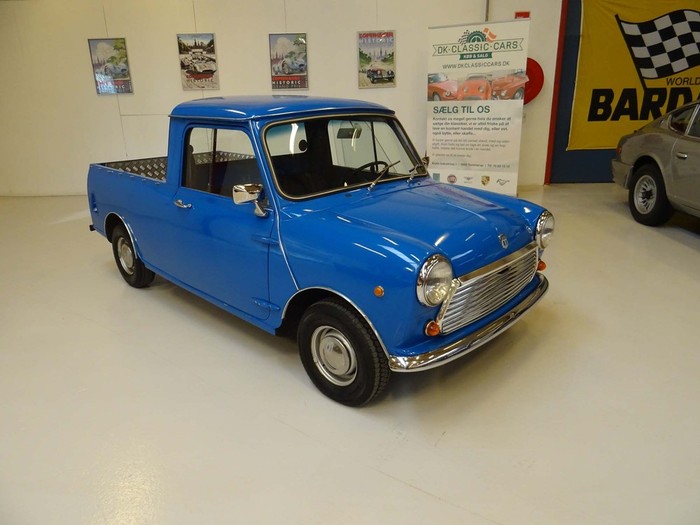 The pick-up truck (technically a coupe utility by definition) was only 11 ft (3.4 m) in total length and was built on the longer Mini Van platform, with an open-top rear cargo area and a tailgate. The factory specified the weight of the pick-up as less than 1,500 lb (680 kg) with a full 6 imperial gallons (27-liter) tank of fuel.

As with the van, the pick-up had stamped metal slots for airflow into the engine compartment. The pick-up was basic, although the factory brochure described a "fully equipped Mini pick-up is also available which includes a recirculatory heater." Passenger-side sun visor, seat belts, laminated windscreen, tilt tubes and cover were also available at extra cost. Like the van, the pick-up was renamed as the Mini 95 in 1978.