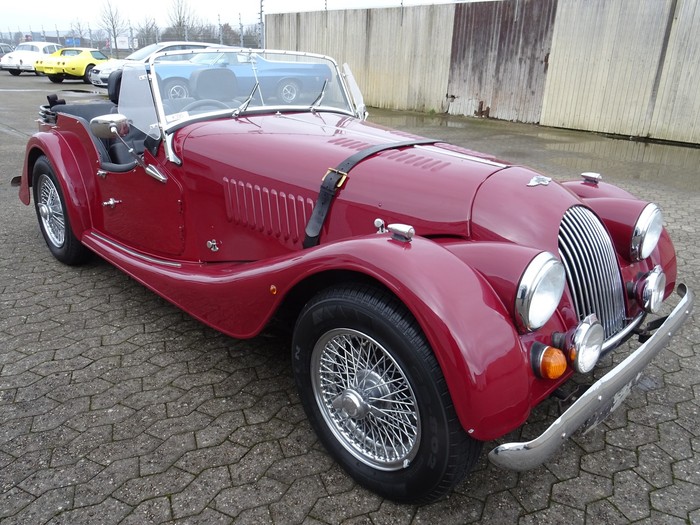 Absolute beautiful 1972 Morgan 4/4 1600 4-seater with only 48209 miles on the odometer. The car has the factory Ford Kent 1.6-liter inline-four engine and four-speed manual transmission. The car retains is factory original Imperial Crimson exterior color and black leather interior. The is in great mechanical and cosmetic condition and can be enjoyed as-is for many years to come. A Morgan Certificate is included in the sale and confirms chassis and engine numbers, interior and exterior color, and list that the car left the factory on November 11, 1972, with several options, including wire wheels, reclining and folding seats, tow bar, luggage carrier, rear bumper, Tonneau, seat belts, bonnet strap and door handles. Included in the sale is a Morgan Certificate and a complete set of five original wheels with tires. The car is coming out of long-term Danish ownership, 13 plus years, and have a Danish title and papers.

Morgan 4/4 is an automobile which has been produced by the Morgan Motor Company since 1936. It was Morgan's first car with four wheels, the name indicating that the model has four wheels and four cylinders (earlier Morgans had been three-wheelers, typically with V-twin engines). Early publicity and advertising material variously referred to the model as "4/4", "4-4", "Four Four" and similar names, but from the outset, the factory designation was always "4/4". Apart from a break during World War II (and the period March 1951 to September 1955), the 4/4 has been in continuous production from its debut right up to the present day.