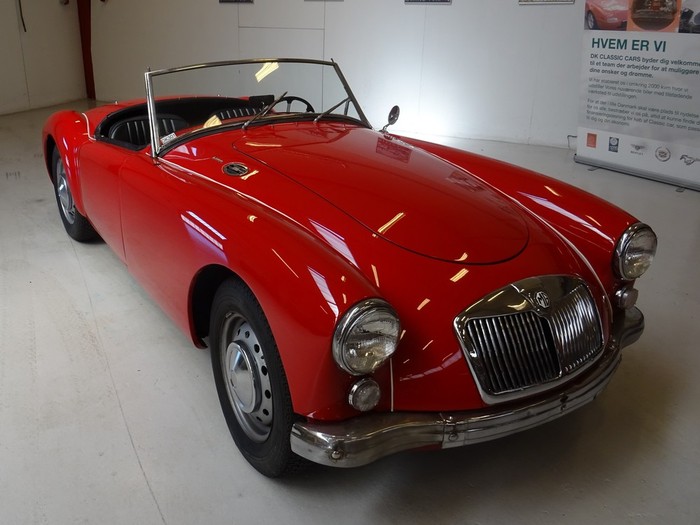 The car is powered by a 1.6-liter B-series inline-four backed by a 4-speed manual transmission with 83,000 miles on the odometer. The car is originally from Texas and California. The car has already undergone a significant amount of cosmetic and mechanical restoration. In addition to the mechanical restoration, the seats have been reupholstered and a new Robbins convertible top has been fitted, all gauges have been cleaned, and then the dash and steering wheel has been refinished. A new dash knob kit, heater control panel and radio blanking plate from Moss Motors has been installed as well. The cylinder head was removed and rebuilt, and the pistons and cylinder bores are in good condition. The car was converted to run on regular unleaded gasoline.

New parts and recent services include the following:

Introduced for the 1956 model year, the MGA roadster replaced the aging T-Series cars. Powered by a 68 horsepower 1,489cc overhead valve engine mated to a four-speed manual transmission it featured, independent front suspension, rack-and-pinion steering and a solid rear axle with leaf springs. Braking was by hydraulic drums at all corners.