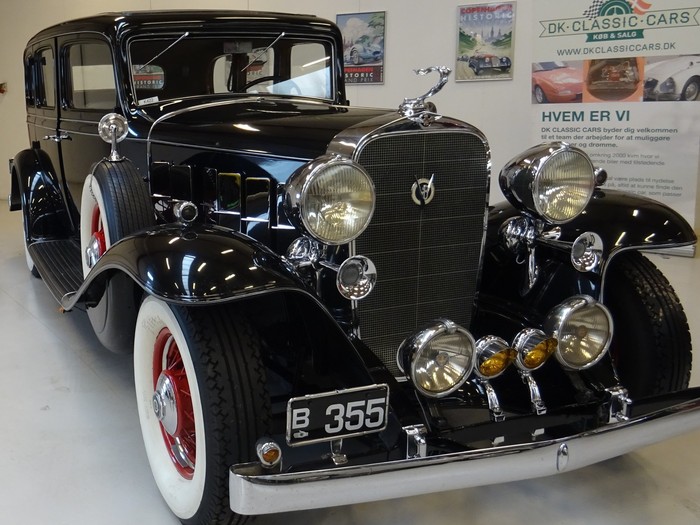 Absolute wonderful matching numbers 1932 Cadillac 355B Limousine with only 4 previous owners since new.  The car retains its original 5.8-liter V8 L-Head engine making 115 horsepower and three-speed transmission. The car is in very good condition both mechanically and cosmetically. One out of only three cars still remaining of this Limousine version of the 355B and this is the only one on this side of the Atlantic.

The car was purchased in the US from the second owner in 2014 and brought to Europe. New tries, a new radiator, and water pump were installed in 2017. The previous owner is a prominent retired garage owner and classic car collector in Denmark.

History of the Cadillac 355B:

In January of 1932 Cadillac introduced the 355B. This was the same time the LaSalle model line was introduced. There were various styling changes that occurred for the 1932 model 355B such as a restyled front and lowering of the roof-line by three-inches. The long hood now had six side vents. The vehicles now sat atop a 134-inch wheelbase or a 140-inch wheelbase. The base price was $2,795 which was the two-door coupe with seating for two/four. The top-of-the-line vehicle was the four-door limousine Brougham which had seating for seven and carried a $4245 price tag. The four-door Town Cabriolet with seating for seven also was offered for $4245. Coachwork was by Fisher and Fleetwood. There were thirteen body-styles for Fisher in both open and closed configurations. The Fleetwood body-styles for 1932 were all closed-style configuration.