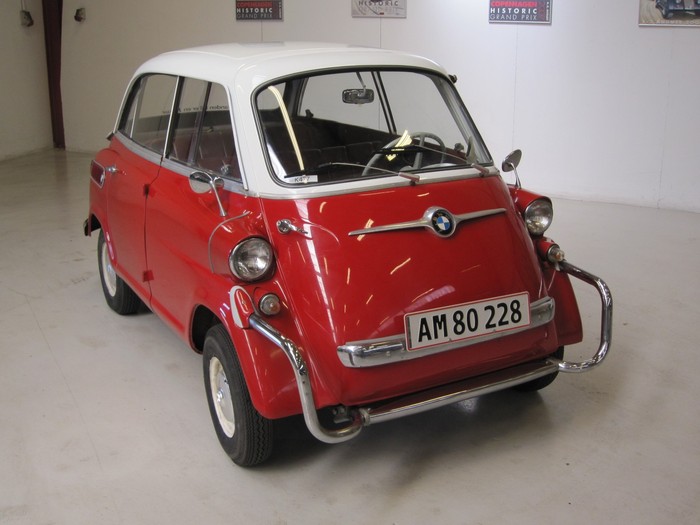 Wonderful 1958 BMW 600 with only 01531 indicated miles on the odometer. The car retains its original 0.6-liter flat-twin engine making 19.5 brake horsepower and a 4-speed manual with reverse transmission. The car is in excellent mechanically and cosmetically condition and has just completed a full service and inspection and it can be enjoyed as-is for many years to come.

The car is coming out of long-term Danish ownership and it is clear that the car has been enthusiast-owned throughout its entire life. The car has a Danish title and registration dating back to August 2014 and will not have to pass Danish technical Inspection (Syn/TUV/MOT) until August 2022.

The BMW 600 is a four-seater microcar produced by the German automaker BMW from mid-1957 until November 1959. Partially based on the BMW Isetta two-seater. it was BMW's first postwar four-seater economy car. It was not a sales success, but it began the design process for its more successful successor, the BMW 700.