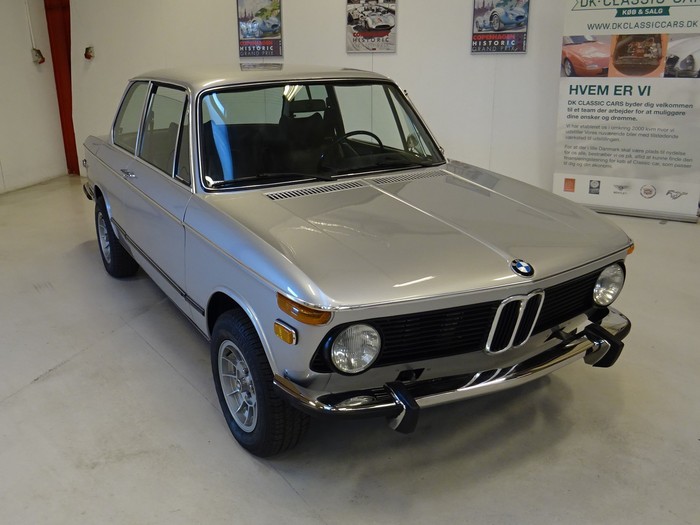 This 1974 BMW 2002 is powered by its original 2.0-liter inline-four mated to a 4-speed manual transmission. The odometer shows 93,000 original miles. The car has just finished a comprehensive mechanical and cosmetic restoration.

The 2002 is perhaps the most famous of BMW. The world was captivated by the 2002’s attractive blend of power, agility, and style – in addition to its reasonable price tag. 2002’s was offered in several varieties, including the single carbureted 100hp base 2002, and the über-sporty 2002tii. Both were powered by a 2.0 liter SOHC I4, but the tii added mechanical fuel injection to wring out 130hp. Other variations included the cabriolet, Targa, a three-door touring model, a twin-carbureted ti, and a rare turbo. 1973 yielded a major aesthetic redesign, supplanting rectangular taillights for round. The availability of parts for these cars is nearly limitless; in 2005, BMW even constructed a “new” 1972 tii almost entirely from its vast supply of replacement parts.