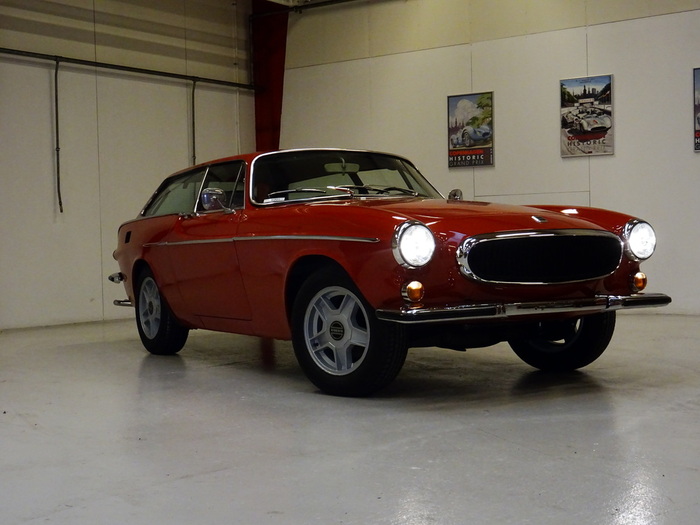 Fully-restored 1972 Volvo 1800 ES with the original 4-cylinder fuel-injected engine and 4-speed manual transmission with overdrive. Only 106,391 miles on the odometer. Great care was taken to restore the car to factory original, including is originally factory red color and black interior. The restoration include and full cosmetic and mechanical restoration and the car starts, drives and stops like new. The car is coming out of long-term Danish ownership and has Danish title and registration dating back to 1990.