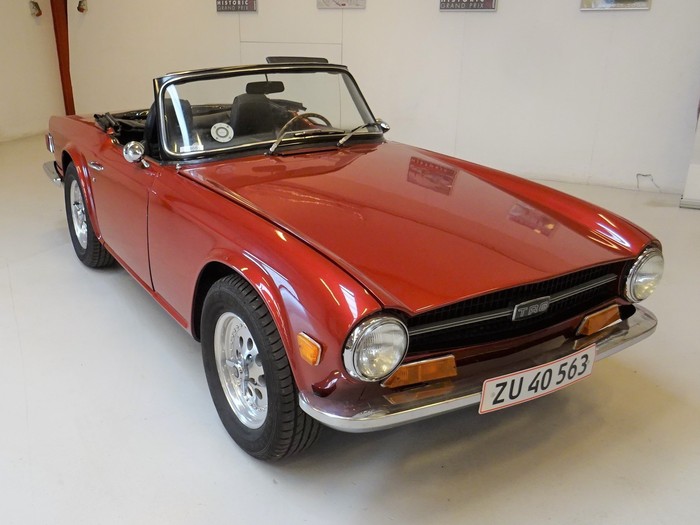 Wonderful original 1970 Triumph TR6 with the factory 2.5-liter engine and 4-speed manual transmission. The car presents very well both cosmetically and mechanically. New tires were installed in 2020 and the car will be delivered with a new convertible top. No signs of prior accidents rust repair or damage to the car. The car was imported into Denmark in 2009 from the USA with 62000 kilometers on the odometer by the one and only Danish owner. The car has a Danish title and registration and will not have to pass Danish Technical Inspection (Syn/TUV/MOT) until April 2025.