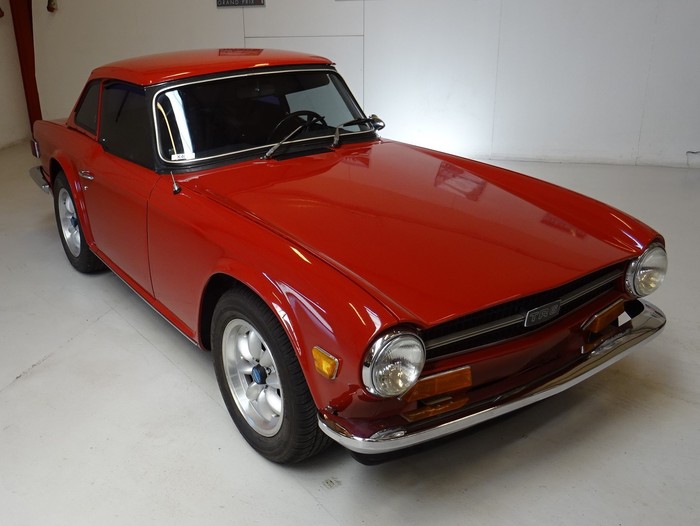 1974 Triumph TR6 with the factory 2.5-liter engine and 4-speed manual transmission with overdrive. No signs of prior accidents, rust repair, or damage to the car. Hardtop and factory soft top included in the sale. The car was imported from California in 2010 by its Danish owner. The car underwent a restoration in Denmark including, new paint, new exhaust, carburetors, and alternator. Several spare parts, including a luggage rack, steering wheel, original exhaust and manifold, and more, are included in the sale. The car will be delivered with a new Danish Technical Inspection (Syn/TUV/MOT).