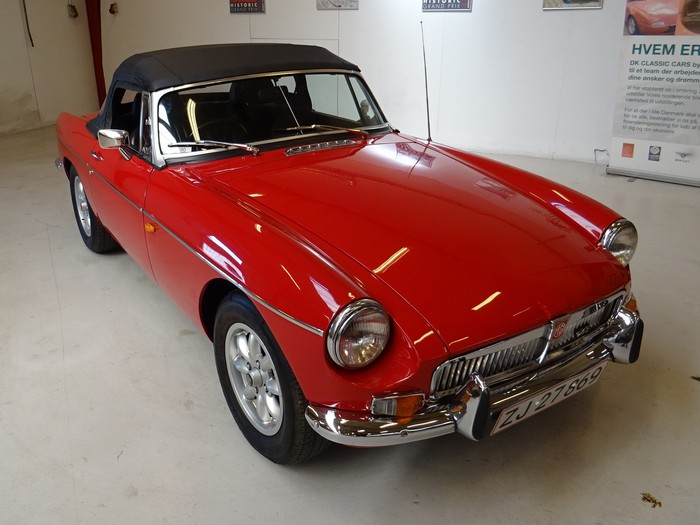 Wonderful and fast MGB in great mechanical and cosmetic condition. The car was converted to factory MGB GT V8 specification in the UK and included the correct Rover 3500 SD1 engine, five-speed manual transmission, MGB GT V8 undercarriage, and a limited-slip differential. The original MGB GT V8 carburetors and manifold have been replaced by Edelbrock/Holley. The conversion is documented and approved by the authorities and the car is registered and titled as a 1971 MGB V8.

The previous and only Danish owner imported the car from London in 2008 and it is clear that the car has been enthusiast-owned throughout its entire life. The car was professionally serviced under previous ownership and the car is in excellent mechanical and cosmetical condition. The car just completed a full service and inspection in-house and it can be enjoyed as-is for many years to come.

The car passed Danish technical Inspection (Syn/TUV/MOT) in April 2016 and will not have to pass inspection until April 2024.

History of the MGB: