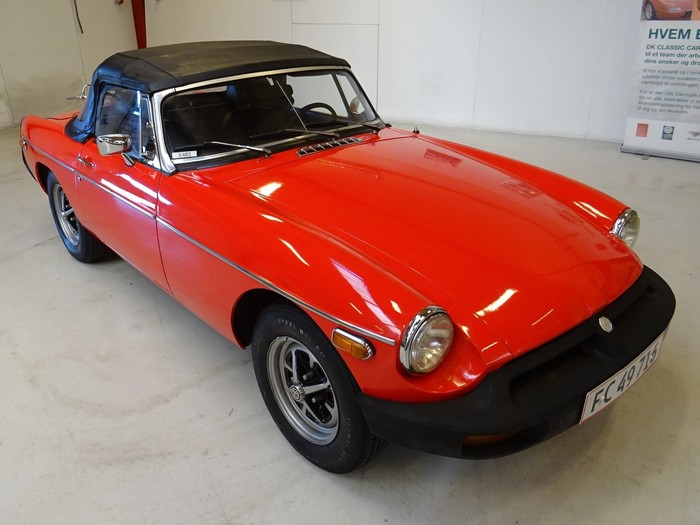 Desirable MGB in red over a black interior and with only 42,171 indicated miles on the odometer. The car retains its original 1.8-liter engine producing 95 hp from the factory and 4-speed manual transmission with overdrive. The car is in excellent mechanical and cosmetic condition, including paint, interior, and the convertible top. Extensively documented service history is included in the sale. The car has a Danish title and papers.

The car passed Danish Technical Inspection (Syn/MOT/TUV) in August 2020 and will not have to pass inspection until 2028. A full inspection and service have been completed in-house, and the car can be enjoyed as-is for many years to come.