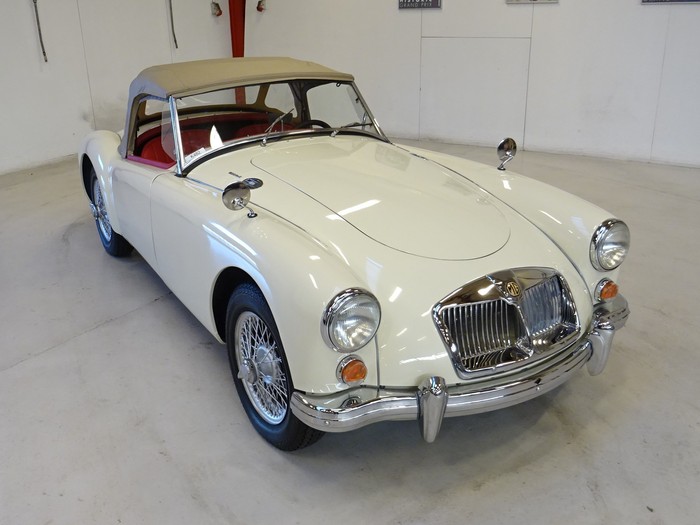 Wonderful 1962 MG MGA 1600 Roadster in great mechanical and cosmetic condition and only 57437 indicated miles on the odometer. The car is powered by the factory 1.6-liter B-series inline-four making 90 brake horsepower from the factory and a 4-speed manual transmission. The car is coming out of Danish ownership but has a USA title as the car has not been registered in Denmark.

A full inspection and service have been completed in-house and the car can be enjoyed as-is for many years to come. One of the best MGA we have seen in a long time. Weather protection is included in the sale.

Introduced for the 1956 model year, the MGA roadster replaced the aging T-Series cars. Powered by a 68 horsepower 1,489cc overhead valve engine mated to a four-speed manual transmission it featured, independent front suspension, rack-and-pinion steering, and a solid rear axle with leaf springs. Braking was by hydraulic drums at all corners.