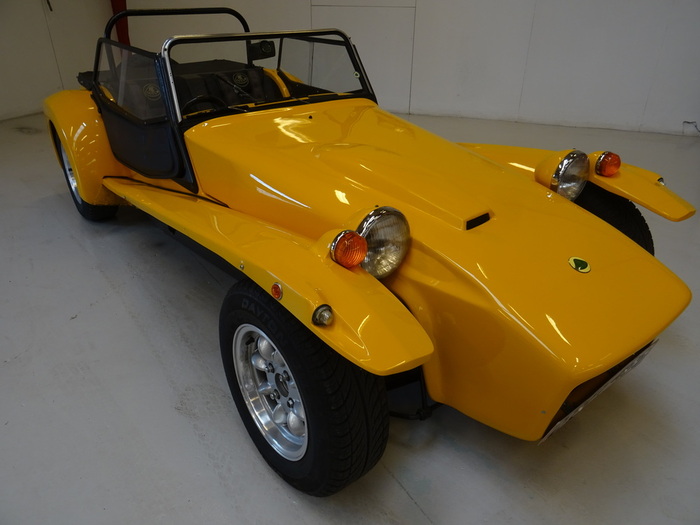 Wonderful late production 1972 Lotus SEVEN 4S in yellow and with only 8,809 kilometers on the odometer. The car has an upgraded engine installed under the commission of the long-term Danish owner. The upgraded engine is certified and documented by the Danish authorities and the car has a Danish title and registration. Originally imported by the previous long-term Danish owner from the UK in 2002. Many spare parts, including the original jack and steering wheel, are included in the sale. The car has been inspected and serviced and is ready to be enjoyed as-is for many years to come.