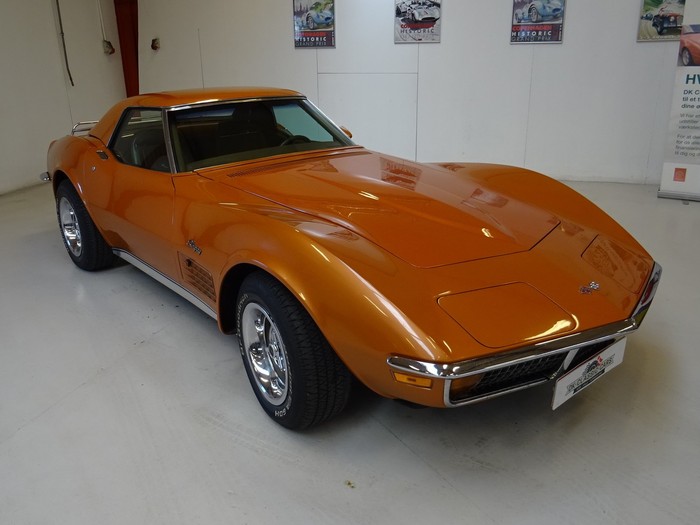 Absolutely gorgeous early-production Chevrolet Corvette (C3) Stingray Convertible in great mechanical and cosmetic condition and only 87047 miles on the odometer. The car retains its original 5.7-liter V8 and automatic transmission, factory hardtop, and chrome bumpers. Offered for sale in the classic color combination of Ontario Orange and brown leather interior. The car starts, drives, and stops as it should and a full inspection and service assure that the car can be enjoyed as-is for many years to come. The car will not have to pass Danish technical inspection (MOT/TUV) until April 2023. The car is coming out of Danish ownership and has a Danish title and papers dating back to 1971. The last owner added 4000 miles in his 5 years of ownership.

1972 was the last year for chrome bumpers at both front and rear, the vacuum actuated pop-up windshield wiper door, as well as the removable rear window common to all 1968-72 coupes. The key activated anti-theft alarm system became standard. The increasingly popular choice of an automatic transmission was installed in most Corvettes for the first time, with nearly 54 percent so equipped.