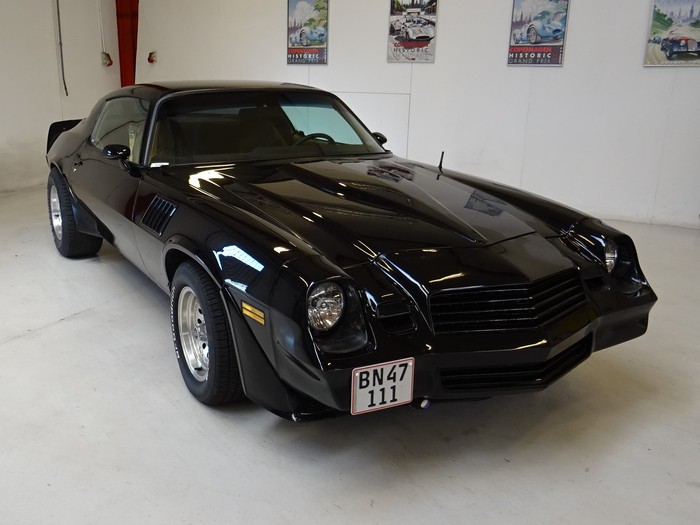 Wonderful second-generation Chevrolet Camaro Z/28 with 500 horsepower. Originally a South Carolina car (US title included in the sale), the car is coming out of Danish ownership and has Danish papers and registration. The car is equipped with many desirable options from the factory, including electric windows, air condition, heavy-duty suspension with sway bars, and dual exhausts.

The car passed the Danish technical inspection (MOT/TUV/Syn) and will not have to be inspected until April 2026. A full inspection and service confirm that the car is in excellent mechanical and cosmetic condition and can be enjoyed as-is for many years to come.

History of the second-generation Chevrolet Camaro:

The second-generation Chevrolet Camaro is an American pony car that was produced by Chevrolet from 1970 through the 1981 model years. It was introduced in the spring of 1970. It was longer, lower, and wider than the first-generation Camaro. A convertible, which was available for the first generation, was unavailable for the second. GM engineers have said the second generation is much more of "A Driver's Car" than its predecessor.