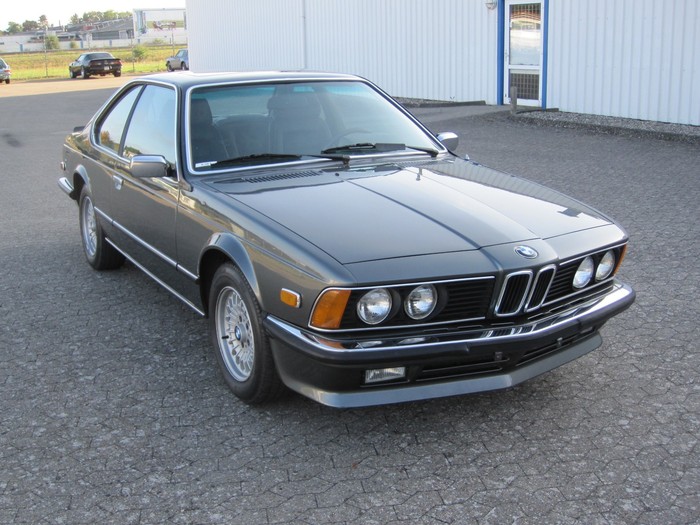 1982 BMW 635CSi in original rust-free condition. The car retains its original 3.5-liter inline six-cylinder engine and 5-speed manual transmission. Service and multi-point inspection including new transmission seals, alternator belt, bushings, were recently performed.  Sold with service documentation dating back more than 15 years. The car starts drives and stops as it should and can be enjoyed as-is for many years to come.

Inside, the cabin is all original with a tight-fitting headliner, a dash free of cracks, good carpeting, and original cloth upholstery in front and back. Gauges, lights, window lifts, sunroof, electric locks, and all other accessories are all functional. Documentation includes a copy of the original title, owner's manual, supplemental books, and a stack of service records. The original tool kit, spare, and jack are included.

The M635CSi is the first of the BMW M6 model line and is the second BMW M car. It is powered by the M88/3 six-cylinder engine. In North America, the vehicle is badged as "M6" and uses the less powerful BMW S38 engine.

Although the BMW 8 Series was released as the production of the E24 was ending, the 8 Series is considered a separate model line and therefore not a successor to the E24.