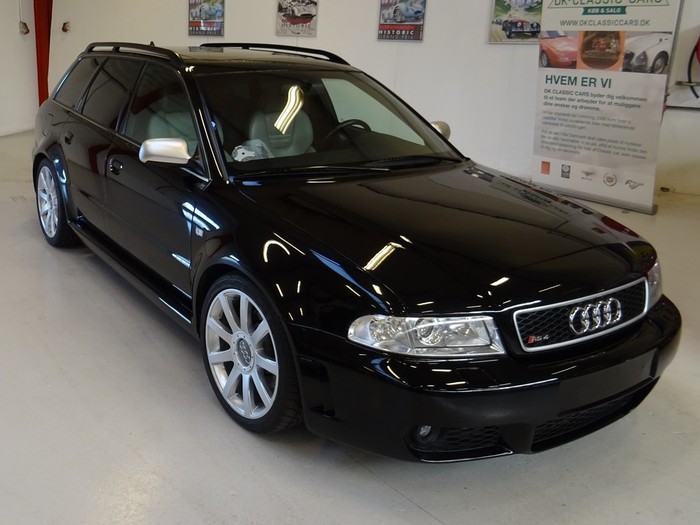 Frist generation RS4 is very collectible, and this one is a great example that can be driven and enjoyed as-is for many years to come.

History of the B5 Audi RS4 Avant Quattro (Typ 8D):

The Audi RS4 Quattro is the top tier and highest performing version of some specific generations of the Audi A4 range of automobiles. It is a sports-focused car produced by Audi's high-performance private subsidiary Audi Sport GmbH, in limited numbers, for German car manufacturer AUDI AG, part of the larger Volkswagen Group. It slots distinctly above the Audi S4, as the fastest, most sports-focused model based on the A4's "B" automobile platform.

The original B5 Audi RS4 Avant Quattro was introduced by Audi in late 1999, for main production and sale from 2000, as the successor to the Porsche / Quattro GmbH joint venture-developed Audi RS2 Avant. The vehicle, like its RS2 predecessor, was available only as an Avant and was built on an existing platform, in this case, the Volkswagen Group B5 platform shared with the A4 and S4. The retail price was around DM 103,584. The RS 4 was available for sale in most of Europe, parts of Asia and in some Latin American countries.  Audi produced 6,030 units between 1999 and 2001.